Your cart
We had a great spread (front page and carried over to page 4) published in the Daily Press:
George Cramer is the owner of the Village Blacksmith shop at Gloucester Courthouse. George loves to work with iron inside his blacksmithing shop in Gloucester Village. George is starting up his fire to make his colonel type Creset Fire Basket for orders inside his blacksmithing shop.
Frances Hubbard Contact Reporter fhubbard@dailypress.com
"Blacksmithing is a humbling craft. There is always something new to learn ... It's constantly challenging."

GLOUCESTER — George Cramer, the owner of Village Blacksmith in Gloucester, took an interest in working with metal at an early age.

As a teen working with his father at his refuse company in New York, he learned the basics of welding and fabrication. Curiosity led him to research the trade's origin.

"Blacksmiths have been welding and pounding metal for centuries," Cramer said. "I took my first class in blacksmithing and it was over from there. ... There is just nothing like it." 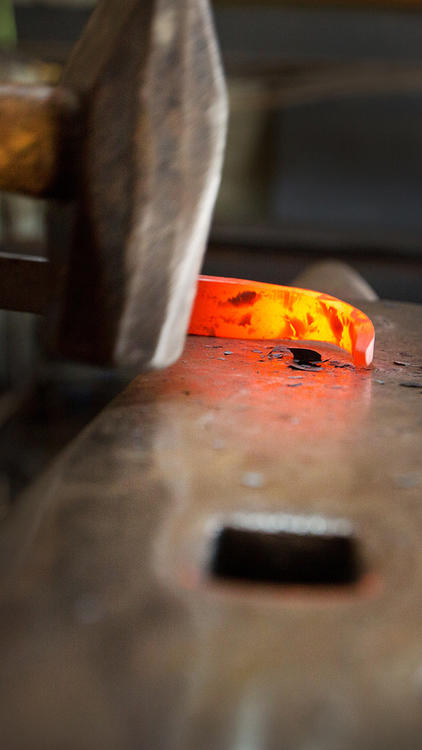 Cramer opened his blacksmith shop off Gloucester Street in downtown Gloucester County in September. Village Blacksmith was one of the business concepts named a winner in the county's entrepreneur contest conducted earlier this year — Launch Gloucester. Cramer tied for third place, splitting a prize package to help with startup costs and marketing.

"I really appreciated the business training that came along with the contest," Cramer said. "I didn't know all of the ins and outs of making a business plan."

Before joining the Navy, Cramer spent years studying under internationally recognized blacksmiths and blades smiths. During his time in the military, he worked as a hull technician first class — honing his welding, fabrication and metallurgy skills. He left the Navy in 2009, worked as a welder for a sign company and began teaching the skill at a local technical college.

After marrying his wife, Hannah, the couple settled in Gloucester four years ago.

"I can make a lamp out of just about anything," he said, showing a lamp pieced together from several large metal gears. "We can reuse items to make a variety of things. Otherwise these pieces go to the scrap yard."

He uses centuries-old tools, including an anvil from the early 1800s and a 19th century cone mandrel — a blacksmithing tool used in shaping that was the origin of the phrase "beat the daylight out of it."

"You would know the shape was right if you could not see daylight shining though when you placed it on the cone," Cramer said.

His business has taken off. He has made reproduction parts for a 1920s Model T and recently several custom fireplace sets. He is working on projects from signs to fencing for several local businesses.

"Starting with raw materials and making something new — that's what I like about it," Cramer said. "Blacksmithing is a humbling craft. There is always something new to learn. It keeps you thinking. It's constantly challenging." 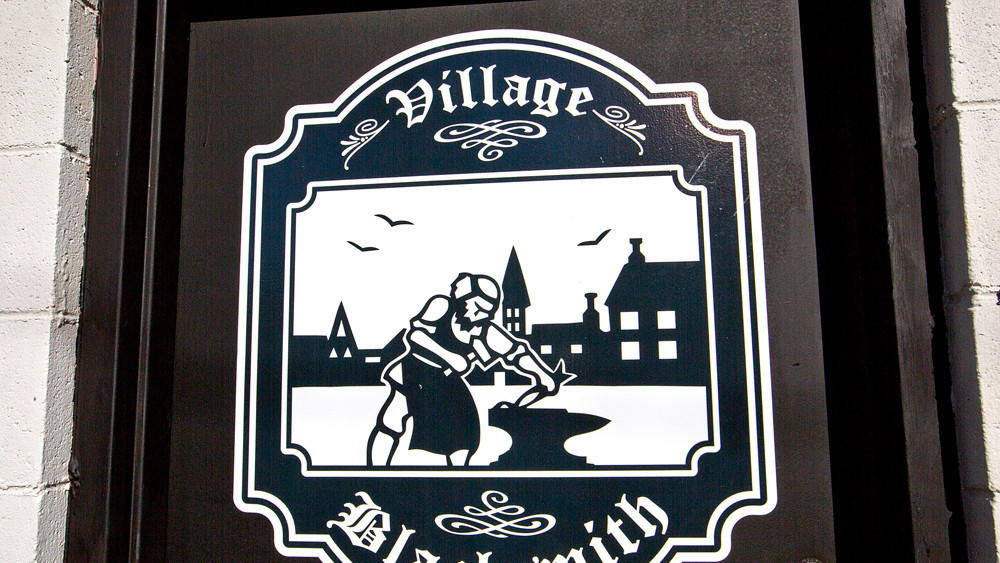 Cramer said he hopes to begin teaching classes in welding, blacksmithing and fabrication at his shop early next year — passing on the skills he has acquired as a tribute to those blacksmiths that came before him. 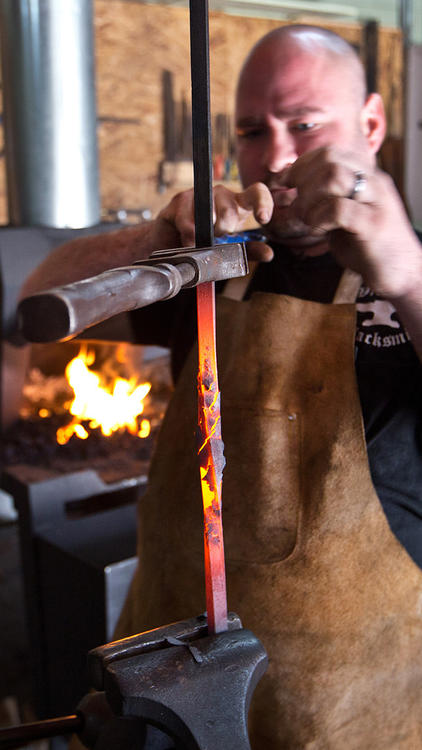 "To experience what it is like to make something with your hands, there is more of an appreciation in that," Cramer said. "The process of blacksmithing involves an old-world craftsmanship and I want to bring it back."